GOV. DESANTIS VETOES SB 410 — YOU MADE A DIFFERENCE!

Governor DeSantis deserves a big thank-you for vetoing Senate Bill 410, a damaging piece of legislation that would have curtailed the authority of most county governments to manage growth within their borders. Had the bill become law, it would have made residents in those counties more vulnerable to negative impacts to their environment, quality of life, property values and tax bills from poorly managed growth.  See the Governor’s SB 410 veto letter here.  We also want to thank the Governor for his funding of Florida Forever in the amount of $100 million in such challenging times.

The Guardians of Martin County

We appreciate all of your calls and emails which undoubtedly helped to convince Gov. DeSantis that vetoing SB 410 and supporting Florida Forever funding were the right choice.  More than 13,000 of you reached out to Gov. DeSantis to oppose SB 410, including the more than 4,600 who signed 1000 Friends of Florida’s veto petition.

If it had passed, SB 410 would have cleared the way for high-density development in designated rural areas, including the rural area approved by Seminole County voters in 2004. It would have saddled county governments and their taxpayers with another unnecessary and expensive mandate from Tallahassee to add a property-rights element to their comprehensive plans, even though federal and state law already provide ample property rights protections. It would have violated the Florida Constitution by overriding county charters and would have invited costly litigation.

We’re delighted that the Governor heeded calls for a veto of SB 410 led by 1000 Friends of Florida and echoed by other planning and conservation organizations, along with all of you who called, emailed and signed petitions in opposition to the bill. This is a victory for all of us to savor.  And we extend our sincere thanks for sparing Florida Forever during this time of austerity when more than $1 billion in often worthwhile projects were eliminated.

We hope the Governor’s decisive action will persuade legislators to get back to strengthening, not weakening, the authority of local governments to manage growth to promote sustainable communities and protect natural resources for the benefit of Floridians today and in the future.

SB 410 was intended to override county oversight for a few specific development projects but would have unintentionally impact planning to protect rural lands in dozens of counties across Florida.  If passed, SB 410 would have:

• Undermined the authority of many county governments to protect rural areas from development, even if voters approved that protection
• Cleared the way for high-density development in designated rural areas, such as the rural area approved by Seminole County voters in 2004
• Required every local government in Florida to include an unnecessary property rights element in its comprehensive plan which will be costly to prepare and unnecessarily duplicates already-existing state and federal laws
• Overridden county limits on development, subjecting our communities and natural lands and waters to damaging impacts

As noted in our March 18 veto letter to the Governor, SB 410 initially sought to alter Florida’s growth management statutes by requiring all local governments to include an element in their comprehensive plans regarding private property rights. This is a costly and unnecessary mandate for local governments, given the existing, strong protections for private property rights in our federal and state constitutions and state law.

But during the last days of the session amendments on the Senate floor were added that would significantly worsen the bill. With those amendments, SB 410 would have curtaiedl the authority of most county governments to manage growth within their borders, making residents more vulnerable to negative impacts to their environment, quality of life, property values and tax bills. The amended bill would have allowed county controls to be superseded by municipalities. It would have cleared the way for high-density development in designated rural areas, such as the rural area approved by Seminole County voters in 2004.

To make matters worse, SB 410 would have been unconstitutional, because the Florida Constitution requires charters, not state law, to specify which ordinances prevail in the event of a conflict between a county and municipality. And finally, overriding county limits on development would have subjected local waterways and other critical resources to more damage.

As we argued in our veto letter, voters in charter counties have already decided that the best way to protect their natural resources and promote sustainable communities is through land use policies that are implemented thoughtfully by their county leaders rather than dictated by someone else. SB 410 would have jeopardized the will of voters in charter counties and in counties that seek to adopt a charter that contains land use policies. Thwarting the will of voters would have invited litigation, and citizens would have been stuck with the bill. 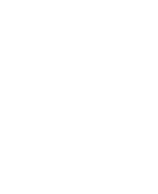